Posted by unintendedchoice on June 21st, 2010 Never drive faster that your guardian Larry can fly

6:30 am, Mr. Choice awakes to find me still in our bed, panic tears & wailing ensue. I rush, with teeth brushed (not hair) & no make-u applied, to the airport 1 hour away to try to catch a flight that leaves in ½ hour. After being told there are no more LA flights with room, oh wait, we found 1 seat in first class for $1500, oh no- sorry that flight won’t get you in until 7 pm, oh wait, just kidding we found one seat on the next flight to LA, I arrive in LA only 2 hours later than I was supposed to. Crisis Averted! I attribute it to one thing and one thing only- Larry411. The Twitter “celebrity” was on my flight and I feel as thought the universe knew that having me & Larry, two of the most important Twilight people EVER, on the plane was a necessity. (Yeah, it’s going to be awkward next time I run into him in Philly after I tweet him today showing him this picture I took while sitting 2 seats down from him, trying to work up the nerve to say “Hi, I’m UC, I like Twilight” but deciding against it b/c snot was pouring out of my nose due to previous crying spell.)

Being woken up at 5am by about 20 text messages is never a good thing. Unless the person sending them is Robert Pattinson looking for a booty call. This was not the case Thursday morning.

Since UC’s 2390429034 alarms failed and she missed her flight, I spent those extra hours running around doing errands, finding a blasted voice recorder so we could immortalize the interview forever and ever and make Stephenie Meyer saying “2nd hand embarrassed” (oh yes, she did!) our outgoing voice mail message.

After fetching UC from LAX we busted a groove over to Westwood so we could meet up with Twifans and Twilight Series Theories for lunch, which was deeeeeeeeeeeeelicious. And of course we debated what we thought would happen during the interview which was pretty much us saying we weren’t about to stay on topic (ie Bree and Eclipse). 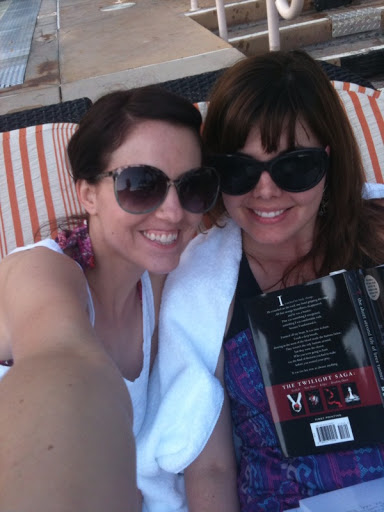 So the countdown to SM time had begun and we hadn’t pow wow-ed about our potential questions for the NEXT day. So of course we ran down to the pool to get our sun on, which was conveniently behind a building thus making us shiver, and run through questions and potential scenarios. While we pondered what our first question would be: Jorts vs Tweed or Big Daddy vs Dick Pattz, some of the other sites came up to talk about how they thought it would go down and some of their potential questions. And well, you know us, we’re not exactly rules followers or the kind of people who want to know, in detail, what happened in Edward’s mind on page 78 so we got a bit spooked. Ok, we freaked! 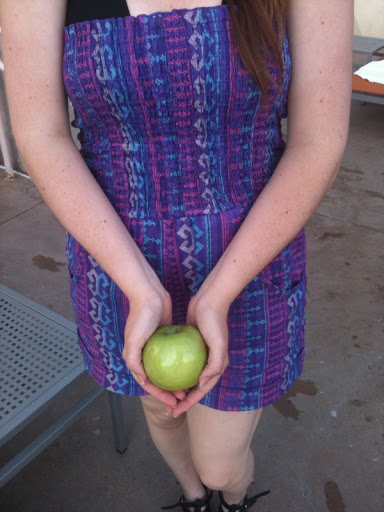 It's everywhere!! We can't escape!

UC: You guys really put on the pressure! We knew that if we went in there asking when Fred’s birthday was (May 17, 1984, btw) you’d kill us. And rightfully so. We started having these joint, day-time nightmares of us asking a funny question and Stephenie saying, “I refuse to answer unless you somehow turn that really hilarious joke into a question about the intricacies of Bree’s life.” (If you think for one second I actually know what Fred’s birthday is, you’re fired as an LTT reader)

Moon: So we called an emergency dinner of the Los Angeles branch of the LTT family. We needed to be talked down by The Font and White Yorkie. Over sushi of course. Well, we ate sushi and the Font watched the Lakers and White Yorkie bailed on our asses.

Since this was my first time meeting the guys, I’ll jump in to report that #1 they are huggers, #2 The Font wore some sort of 7 year old boys’ comic book or teenage-mutant ninja turtle t-shirt and #3 White Yorkie has action figure boxes on his bedroom walls. I assumed they were from Action-Figure Edward, but I didn’t ask.

The guys TOTALLY got us pumped up. They made us laugh, they reminded us that we’re not expected to be like any other site but ourselves & threatened to never do another LTT podcast or even SPEAK to us again if we weren’t absolutely cool. Oh, and they told us we better make Stephenie laugh. 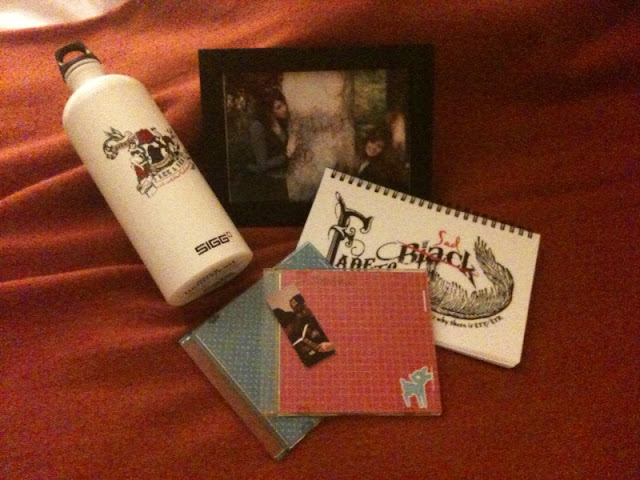 Picture of us suitable for hanging next to your family members (that's what the note said!)

Later that night, after ordering a bottle of water from room service & being served Evian like it was Don Perignon, we wrapped our gifts for Stephenie, Moon finished up 2 mixed CDs she made her (Yes- she rules), and I said “I’m so tired I think I’m going to die” about 3,000 times. 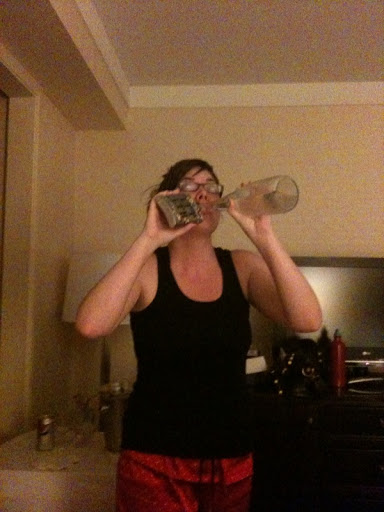 Moon: And when we got in bed we got Twilosophical & talked about how we just wanted to be true to ourselves and to the blog. If the interview was going to be lame and controlled, we were still going to TRY to ask the questions we wanted and all the LTTers wanted to have answered!

THE BIG DAY (after the jump!) END_OF_DOCUMENT_TOKEN_TO_BE_REPLACED