Subtle Twigear? Is it possible?

Posted by themoonisdown on August 2nd, 2010

(Dear LTT-ers, While I’m away the mice will play… ok so we’ve asked some of our favorite past contributors and some of you newbies to write letters while I’m away in AFRICA! We just couldn’t leave you without a Twi and Rob fix while I was away, could we? Today Bella_NaA from Not An Addikt is here to entertain you! Give her a hand… xo,moon)

In Belgium we have a saying that goes, loosely translated, as follows “that of which the heart is full, makes the mouth overflow”. Applied to Twilight, you could say it means that since Twilight has stolen our hearts (yes, let’s put it the sappy way), we can’t stop thinking and talking about it. (One of the main reasons why you’re reading this blog, and I’m writing this letter, I guess). Not only do we like to talk about the things we love, we also feel the unexplainable desire to showcase our adoration with clothes and accessories. Of course Summit’s marketing guys know this, and bombard us with every possible and impossible bit and bob that can somehow be associated to Twilight. 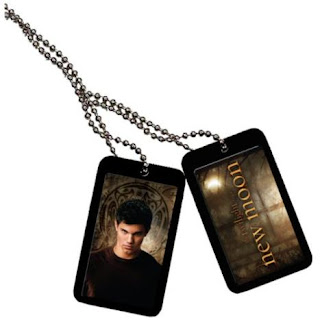 Of course, some of us take it up a whole other notch… 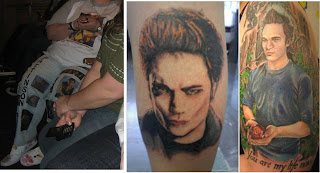 But let’s not go down that road, shall we?

Admittedly, that’s taking it a little far. I doubt I’ll ever be drunk enough to start ironing Rob’s face onto a pair of old sweats, or tattoo his face on my arm. (Dear God, if it should happen, let the tattoo artist be sober and get it right!) But even the ‘regular’ Twilight merch – I’m looking at you, Hot Topic – cannot quite seduce me. I wouldn’t be caught dead in one of those ‘official’ Twilight t-shirts, sipping an extra large coke from a Twilight cup whilst rocking my Team Edward Burger King crown. Na-ah. No way. I’d rather make Buttcrack Santa’s kitty meow. (then again…)

No, I like my Twigear subtle. I used* to pride myself on not owning any Twimerch (an easily accomplished feat if you live in Belgium, which is like the Arizona desert of twimerch compared to the States). But if I approach my closet with a little honesty, it’s actually full of stuff that somehow reminds me of Twilight. I like to think of it as my ‘subtle’ Twilight gear. Insiders will get it, but to the outside world, I’m just a 25-year old who dresses as if she’s still 17 (don’t we all… no? Is it just me? Okay then…) Anyhoodles, let’s go over the evidence, shall we?

exhibit a: the Bella outfit 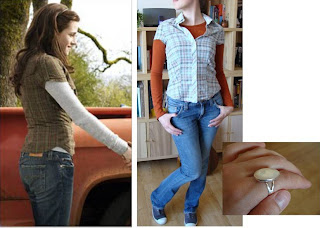 And now you also know why I got stuck with my ridiculous screen name… I blame it on Alice_NaA. And a little bit on this outfit (which I wore long before Twilight came along, ftr.)


exhibit b: the Cullen outfit

all sorts of clothes in dark blue/grey tones: check. Can I join for newborn fight training now, please? 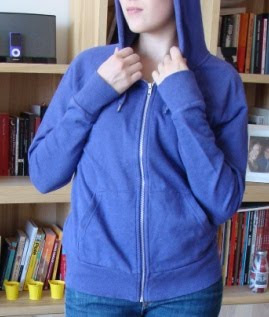 Because purple’s cool. That is all.
exhibit d: the plaid hoodie

Ah, the plaid hoodie… one of my favourites! It keeps me warm on cold winter nights, and I cuddle up in it when I’m feeling sick. If I don’t wash it for a couple of weeks, it’s almost as if Rob himself were wrapping his arms around me and whispering in my ear that I’ll feel better soon. Either that, or my cough medicine is pretty effin fantastic! I actually named my plaid hoodie “the Roodie,” in honour of Rob. Rob + hoodie = Roodie, get it? It’s like having an Edward manlow, but less creepy. Awesome. 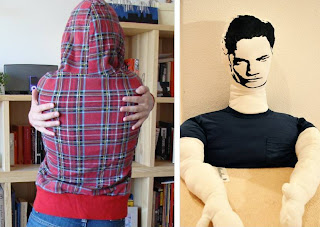 Oh heeeeyyy there Creepward… I’ll just stick to the roodie, if you don’t mind.

In conclusion, Twilight merch: not so much – with the exception of my awesome LTT t-shirt, but that doesn’t count as merch, obvi. But subtle Twilight gear? Bring it on!

How about you? Are you cool with rockin’ some Twilight merch in your daily wardrobe? Do you think I’m just a big fat coward? Or do you like to keep things subtle?
*I say used, because by now of course I’m the proud owner of an LTT t-shirt! Snarky and subtle, just the way I like it!

You said Buttcrack Santa’s KITTY. EWWW!!! But seriously how much do we love the Cullen fight training gear and the subtle nod to Rob on Bella_NaA. How friggin’ cute is she? Do you have subtle nods toward Twilight in your wardrobe or home? I do! I know these skinny jeans and high tops cons I’m wearing make me think of KStew!

UC Here: Don’t forget, Moon is gone for forever (or so it seems- oh yeah- she got to Kenya safely- YAY!) so contribute to While Moon was Gone Follow the cut for more news, less catfish, more abage for the cabbage and one special tatt00
END_OF_DOCUMENT_TOKEN_TO_BE_REPLACED

Follow the cut for more news, shirtless Kellan and Jackson the Unicorn!
END_OF_DOCUMENT_TOKEN_TO_BE_REPLACED

AmandDUH's at it again – Decode!!

Posted by themoonisdown on August 15th, 2009

Our dear dear Twimom video vixen AmanDUh is at it again! And yes she’s gone back to covering songs and wouldn’t you know this time it’s Decode by Paramore. I about jumped out of my chair when I got the notification she had updated and she doesn’t let us down!

Looks like AmanDUH’s invested in a make up artist for this video. Yup she got eyeliner and what I can only assume is a  tear drop “tattoo” on her cheek. Now where I’m from that means something quite different that being sad. Thats just straight gangsta! Did she get in a prison gang fight at the ladies penitentury and kill one of her homies? DAAAYUM Amanduh’s hardcore! I better watch my back, she’s libel to cuttabitch. But really, I’m just glad she brought back “special” Edward for this video, I was beginning to miss him and his hairline.

Enjoy! And uh don’t turn up the volume too loud she hits a few notes that only dogs will be able to hear.

How did we get herAH?
Themoonisdown

-UC dazzles us with some Rob goodness over at Letters to Rob
– create your own video and post it at the forum so we can all laugh!