I blame it all on Wayne*. If he hadn’t taken his wife Narelle* out to dinner on Saturday, 27 April 2010 I wouldn’t have been babysitting Shiela* and Bruce* (*not their real names, Hale no!). I wouldn’t have watched Shiela’s Twilight DVD. I wouldn’t have thought “the acting, meh and meh, what do they see in RPatz? and good god! those wigs!! but the STORY…”

My Amazon account tells me I purchased 5 paperbacks, one hardback and a DVD on 30th April. Only one of these items didn’t have Stephenie Meyer’s name on it. And so my own brand of heroin began it’s addiction.

It was like being a teenager again – the bad side of it: uncertainty, mood swings, hiding in my room, obsession and feeling (even more) like the outsider.

I needed to talk but friends didn’t really understand and so I turned to the web but nothing seemed to fit. Such seriousness out there. And such hate. For a book about made up stuff. Then the Goddess let it be known she would be allowing subjects to attend her – Twilight Lexicon mentioned a transcript of the meeting on some Letters blog and thus I found my true Cullen home.

Letters To Twilight. LTT. It had to be. Even the initials are the same as mine. A matching Twilight obsession but t’is a true love: we see the quirks and faults, accept them, snark a little and still love.

Through Twilight and LTT I could escape RL for a little bit ‘cause being a grown up is HARD. You’re expected to be responsible and you need to support others. And sometimes not nice things happen in RL. At LTT I could at first watch and then dance amongst a worldwide crowd of intelligent, funny people who sympathised and shared, not just about the Twilight world.

Then, too too quickly time passed and suddenly BD2 was coming out and LTT would be ending and I needed to do something. So I went to LA. I went to Fan Camp. I saw the pretty people (and the actors). I got tipsy at the LTT party (yeah, ok, drunk). I got to make virtual friends real.

Twilight and LTT have given me a much needed reminder that it’s okay to not be grown up all the time. It’s okay to be sad and scared and, most importantly, that the opportunity to make new friends without judgement is one of the things that makes living so worthwhile.

RIP Twilight. And RIP Wayne, although you started it you didn’t get to see the end.
So let’s raise our Strawberry Loves and make a toast to moving onto the next fun thing in our lives. 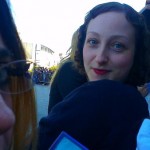 GoWithIt, just cause I love this pic 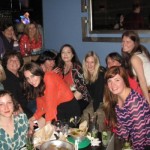 Hanging at the LTT party 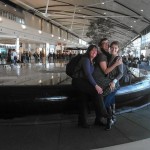 leg hitch at Detroit airport during the marathon trip to LA. The lady who took it was regretting offering when we struck this pose 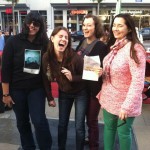 at the slab at the Chinese theatre (L to R: NatteringYeahRobber, Team Seth (aka Kristin), GoWithIt (aka Rupert), JellyBeanRainbow 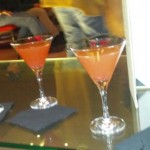 Infamous cocktails from the Marriott in LA. Not sure what was in them. (vampire sparkle probably) 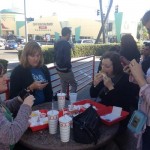 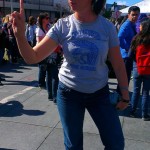 MNS – acting as the bitch as the attempted Stephenie signing said “1 poster, 1 photo” 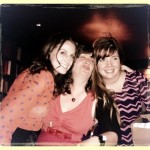 Drunk SisterPenguin with UC & Moon at the LTT party