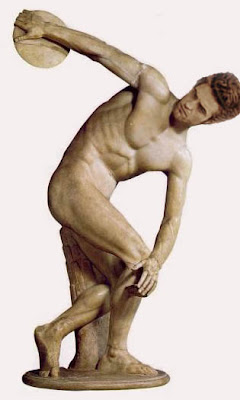 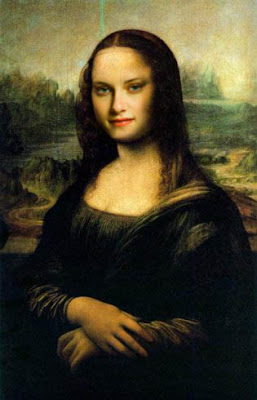 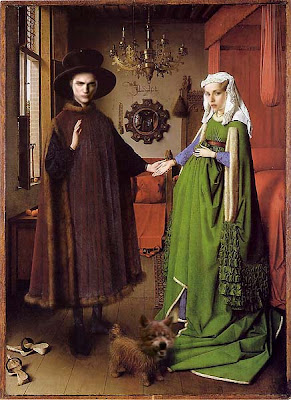 Follow the cut for a whole lot more epic artwork

Vincent Willem van Gogh (1853 – 1890) was a Dutch Post-Impressionist painter whose work had a far-reaching influence on 20th century art for its vivid colors and emotional impact. He became buddies with Paul Gauguin (up next) and they travelled and painted together snoooorrrrree. However, their relationship deteriorated. They quarreled fiercely about art; Van Gogh felt an increasing fear that Gauguin was going to desert him as a situation he described as one of “excessive tension” reached its crisis point. Frustrated and ill, Van Gogh confronted Gauguin with a razor blade. now we’re talking. In panic, Van Gogh left their hotel and fled to a local brothel. While there, he cut off the lower part of his left ear lobe. He wrapped the severed tissue in newspaper and gave to a prostitute named Rachel, asking her to “keep this object carefully.” It’s highly likely he used the words ”look after my ear, I left it with you” He suffered from anxiety and increasingly frequent bouts of mental illness (really?) throughout his life, and died largely unknown, at the age of 37, from a self-inflicted gunshot wound. Little appreciated during his lifetime, his fame grew in the years after his death. In his honor I’ll show you his self portrait with the bandaged ear and The Starry Night (yes, from the Don McLean song, my gay colleague has on repeat in the Josh Groban version, *annoyed Alice*) starring creepward. 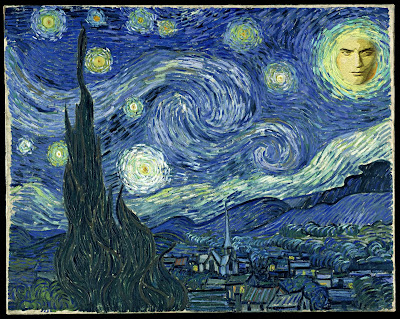 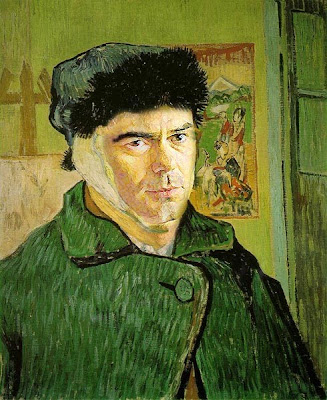 Eugène Henri Paul Gauguin (7 June 1848 – 8 May 1903) was a leading Post-Impressionist painter. Like his friend Vincent van Gogh, Paul (yes, I said Paul, we are close like that) experienced bouts of depression and at one time attempted suicide. Disappointed with Impressionism, he felt that traditional European painting had become too imitative and lacked symbolic depth. By contrast, the art of Africa and Asia seemed to him full of mystic symbolism and vigour. He sailed to the tropics to escape European civilization and “everything that is artificial and conventional”, where he basically painted a lot of colorful half naked ladies on beaches like haere pape. 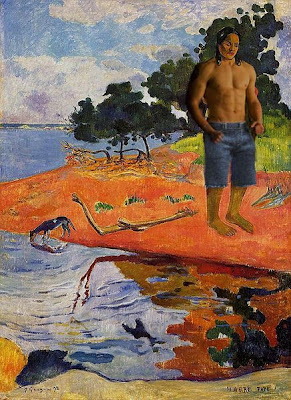 Paul Cézanne was a French artist and Post-Impressionist painter whose work can be said to form the bridge between late 19th century Impressionism and the early 20th century’s new line of artistic enquiry, Cubism (Picasso’s thingy). Cézanne’s work demonstrates a mastery of design, colour, composition and draftsmanship. He concentrated on a few subjects and was highly unusual for 19th-century painters in that he was equally proficient in each of these genres: still lifes, portraits, landscapes and studies of bathers. The ‘props’ for his works are still to be found, as he left them, in his studio (atelier), in the suburbs of modern Aix, apart from the bananager, who touring with the 100 monkeys. 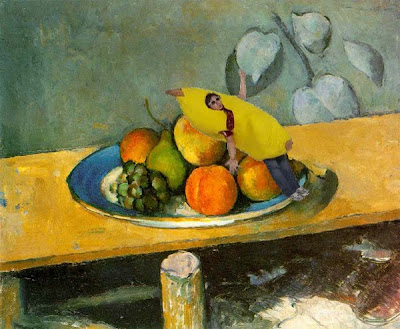 Next up is Austrian Symbolist painter Gustav Klimt, whose major works include paintings, murals, sketches, and other art objects. Klimt’s primary subject was the female body and his works are marked by a frank eroticism. Klimt’s ‘Golden Phase’ (many of his paintings from this period used gold leaf) was marked by positive critical reaction and success. His most famous work, The Kiss (1907-1908), is one of his more ‘modest’ works and hence most appropriate to represent SM’s vision of B&E. 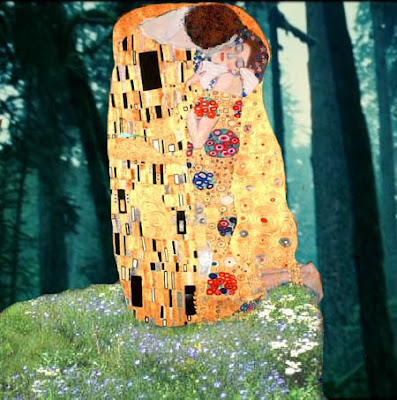 Norwegian Symbolist painter Edvard (Norward!) Munch is a printmaker and an important forerunner of expressionistic art. His best-known composition, The Scream, is part of a series The Frieze of Life, in which Munch explored the themes of life, love, fear, death, and melancholy, topics Bella Swan can relate to really well. This particular work was quickly painted in Port Angeles before Edward came to the rescue. 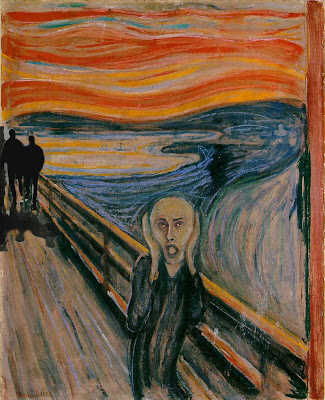 We now present, René François Ghislain Magritte, (1898 – 1967), Belgian surrealist artist and creator of amazingness extraordinaire. We heart him a lot. He became well known for a number of witty and thought-provoking images. The intended goal of his work was to challenge observers’ preconditioned perceptions of reality and force viewers to become hypersensitive to their surroundings. Read more on Son of Man and see the original The Lovers II. 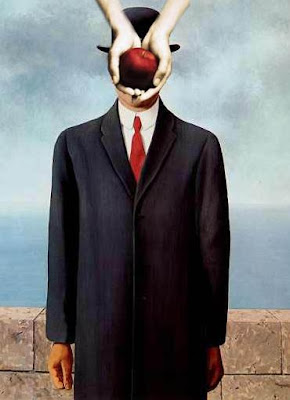 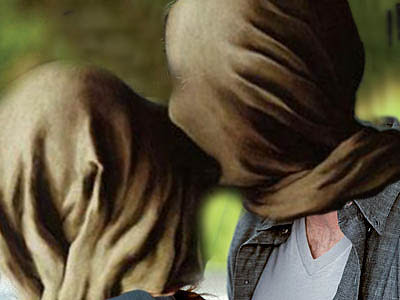 To finish the photoshop bonanza a New York City social activist and street culture artist, who’s made a gazillion dollors on those little bold lined, bright colored creatures that could have been drawn by my unborns, Keith Haring. Meh, I’m just not that big a fan. But it was easy to photoshop. The easy won. Check out the originals here (*Hayley voice*) and here 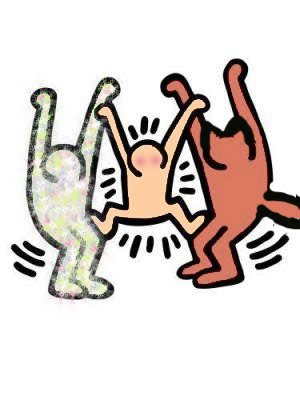 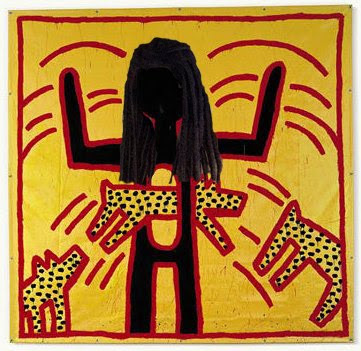 So I hope you enjoyed this little twiducation time. Don’t forget to do your homework (which is counting the muscles on Marbleward’s body).

Alice you had me at the bananager! What other works of art have a Twilight theme? Care to share?

Only a few more days until Moon is home! YAY! Send in something for While Moon was Gone

Oh and the secret scrambled word from the Crossword yesterday!? “Robsten Lives” of course!